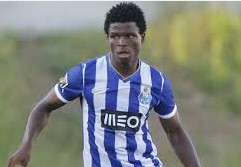 For the tournament, Porto fielded their B Team and the central midfielder was one of the players selected for the trip to Northamptonshire.

The Nigerian opened scoring against The Reds in the 20th minute before Ivo Rodrigues completed the scoring five minutes before the interval.

Porto finished second in the pre - season tournament after drawing 1 - 1 in their first game against Corby Town, with Mikel making way for Leandro Silva immediately after the intermission.

The 22 - year - old Mikel is among the 27 players summoned for a training camp which begins today, Monday, at Serra da Estrela.