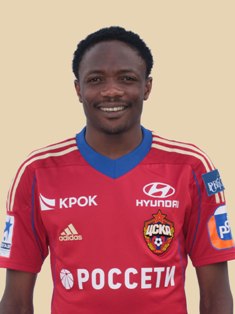 Nigeria international Ahmed Musa has become a father for the second time after his wife gave birth to a bouncing baby girl on Wednesday, August 5.

The CSKA Moscow striker did not witness the birth of his daughter as he was with the Muscovites in the Czech Republic for their Champions League third qualifying round fixture against Kehinde Fatai’s Sparta Prague.

The 22 - year - old has scored two goals in the Champions League, which came against Roma and Viktoria Plzeåˆ.