Alhaji Gero Named In Viborg Squad, As Ogunbiyi Is Frozen Out 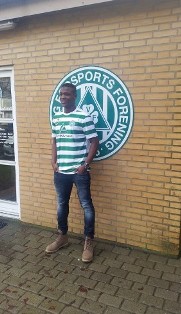 Babajide Ogunbiyi was left out of the Viborg squad for their trip to  AutoC Park, the venue of their meeting against Randers in the Danish Superliga on Sunday.

The Nigerian - American has found game time difficult to come by in the ongoing campaign, having failed to come off the bench in when he managed to make the 18 - man squad on three occasions.

But during the 2014 - 15 season, Ogunbiyi was one of the success stories at the Energi Viborg Arena, making 27 starts for the club as they won the Danish First Division title.

The 21 - year - old has not started a league game this season but has featured in 4 matches played by the club.