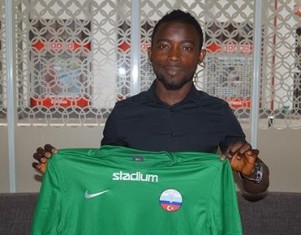 The 26 - year - old , who joined Prespa Birlik in June, was included in the starting XI alongside ex Nigeria Under 20 international Edafe Egbedi.

On 52 minutes, Sadat Karim gave the Malmo based side the lead before Akilu increased the tally to 2 - 0 16 minutes later.

On the dot of 90 minutes, Sandro Nalic scored a consolation goal for Nosaby.

Prespa Birlik are runaway leaders on the table, having accumulated 51 points from 19 matches, 17 more than Hässleholms IF, who are second.