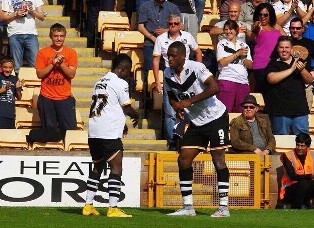 Watford loanee Uche Ikpeazu is ready for the biggest game of his career, the League Cup clash between Port Vale and West Brom at The Hawthorns on Tuesday night.

If the 20 - year - old is handed his fifth start of the season across all competitions by manager Rob Page, it would be the first time he has faced Premier League opposition since he turned professional two years ago.

“It is going to be a great experience. It must surely end in praise, God is good.”

Uche Ikpeazu’s only appearance in the League Cup since he became a pro came against Burnley in the first round of the competition this season.

He has scored in each of his last two games for Port Vale in League One.