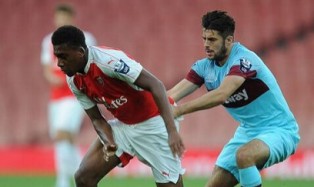 But England youth international Chuba Akpom has been omitted by the Frenchman, as expected, as he will spend the whole of this season on loan at Hull City.

Though Iwobi did not make the A list, he is one of the seven players considered for the Player List B.

The attacker will now have to compete with the likes of Alexis Sanchez, Theo Walcott and Danny Welbeck to be included in the 18 - man squad when the Gunners begin their campaign with an away tie against Dinamo Zagreb on September 16.

The 19 - year - old was an unused substitute when Arsenal faced Galatasaray last December.