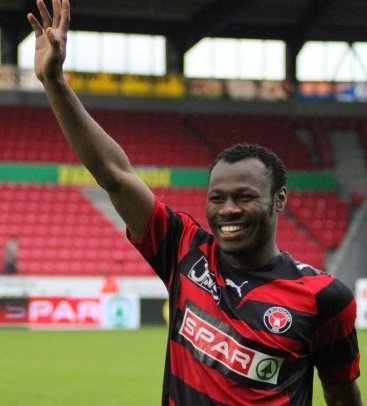 Sylvester Igboun scored his second goal of the season in the colours of FC Ufa but it was his vain as his club were thrashed 4 - 1 by Terek Grozny in their ninth game in the Russian Premier League.

In the first half, the home team took the lead in the 10th minute, then, Maurício netted a second in the 36th minute.

On 69 minutes, Igboun scored from the penalty spot to end his 434 - minute goal drought dating back to July 31 and which lasted for four matches.

The Nigeria international last hit target on July 31 in Ufa’s 1 - 1 draw with Kuban Krasnodar on game week three prior to the contest at the Stadion im. Akhmat-Khaji Kadyrova on Saturday.

Igboun has been called up for the upcoming Super Eagles friendlies against DR Congo and Cameroon in October.