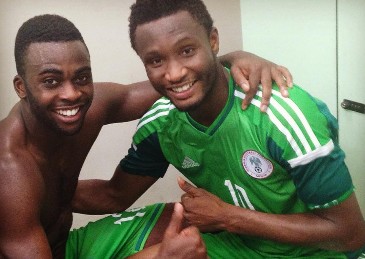 Allnigeriasoccer.com reviews the performances of Nigerian players that were in action in the Capital One Cup on Wednesday night.

West Brom are not amongst the 16 teams that will contest the fourth round of the competition following their 3 - 0 loss to Norwich City. Their number 10 Victor Anichebe was replaced in the 76th minute.

Joining the Carrow Road outfit in the next round are Chelsea, who thrashed Walsall 4 - 1 at The Banks’s Stadium. Super Eagles star John Obi Mikel slotted in at defensive midfield for 90 minutes and was yellow - carded six minutes before the interval.

At White Hart Lane, Alex Iwobi failed to make his debut for Arsenal. His team won 2 - 1 against Spurs in a London derby. 15 minutes from time Dele Alli was introduced with the scoreboard reading 1 - 1.

Jordon Ibe and Jabo Ibehre came off the bench in the 86th and 64th minute respectively for their teams. The scoreline was 1 - 1 at the end of 90 minutes.