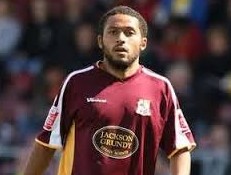 Ikechi Anya has been rewarded for his outstanding start to the season, with English Premier League newcomers Watford securing his long - term future with the club.

Of the seven games the Hornets have contested since their return to the top flight, the Scotland international has started six and featured off the bench once.

The Glasgow - born winger has accumulated 105 appearances for Watford since arriving from Granada initially on a loan deal in the summer of 2012.

Ikechi Anya’s new deal will keep him at Vicarage Road until June 30, 2020 if both parties honour the agreement.

Apart from his spell with Granada, the other clubs he has represented include Northampton Town, Celta de Vigo and Cadiz.