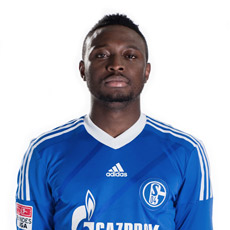 Sunderland manager Sam Allardyce has started running the rule over free agent Chinedu Obasi, with a view to offering him a contract.

The Nigeria international has been searching for a new team after his contract was not renewed by Bundesliga side Schalke 04 at the end of the 2014 - 2015 season.

Sam Allardyce, who signed Austin Okocha from PSG back in 2002, has stated that there is a possibility that Obasi would be offered a contract if he proves his injury problems are behind him and show his qualities during the training matches.

The 29 - year - old began his career in Europe with Lyn Oslo alongside good pal John Obi Mikel before transferring to Hoffenheim in 2007.