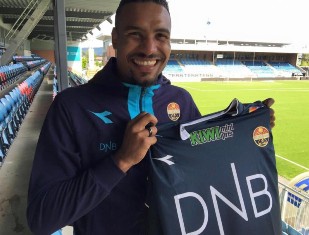 Catch up on Nigerian players who were in action in the Norwegian Premier League this past weekend.

We begin at the Alfheim Stadion, where Dominic Chatto’s Bodø / Glimt were guests to Tromsø. With one round to go in the top flight, the home team will definitely play in the top flight next season after their 3 - 1 victory.

Ex Pepsi Academy midfielder Chatto made his 16th start but left the field in the 77th minute.

In - form Lillestrom striker Fred Friday played for 81 minutes in the Canaries 3 - 1 victory against Sarpsborg 08 at åråsen Stadion (Kjeller). He scored his 11th goal of the season in the 49th minute.

Teammate and ex Bujoc Academy starlet Innocent Bonke was not listed while Onyekachi Ugwuadu went the distance for the visitors.

Nigeria international William Troost - Ekong was involved for the entirety of Haugesund’s 4 - 3 loss to champions Rosenborg. The Gent loanee has 12 starts to his name and has been yellow - carded once.

Both Leke James and Akeem Latifu took to the field and went the distance in Aalesund’s 2 - 1 win at relegation candidates Mjøndalen. The forward bagged his 13th goal of the season in the 35th minute.

Marco Tagbajumi opened scoring for Strømsgodset after 35 minutes in their 2 - 1 away win relegated Sandefjord. The Italian - Nigerian was replaced five minutes from time.

Austin Ikenna was an unused substitute in IK Start’s 3 - 2 loss to Stabæk at the Nadderud Stadion.

Samuel Adegbenro and Suleiman Abdullahi started upfront  for Viking in their 4 - 1 loss to Molde. The Flying Eagles striker was replaced 18 minutes out of intermission.