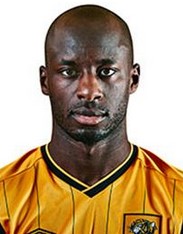 Sone Aluko is poised to return to action this weekend when Hull City tackle Bristol City after being inactive in the Championship for close to a month.

During the international break, he returned to full training and featured in two games for The Tigers Under 21 squad.

Aluko played the whole of Hull City’s 2 - 1 win over Crewe Alexandra in the Under 21 Premier League Cup on November 9 before taking to the field in the goalless draw against Bolton Wanderers three days ago.

He picked up an injury in the pre - match warmup before the clash against Birmingham City, which made him unavailable for five straight games in all competitions prior to the international break.

The Nigeria international has 11 appearances to his name in the Championship,. scoring once.