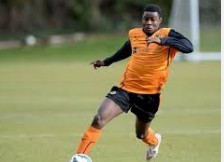 Wolverhampton Wanderers have announced via their official webpage that Nigerian forward Bright Enobakhare will resume training with the club sometime this week.

The 17 - year - old was granted compassionate leave to attend to a family issue, only for the youngster to extend it to two weeks without the authorization of the Molineux Stadium outfit.

Officials of Wolves held talks with Bright Enobakhare on Monday afternoon and he has agreed to return to Compton Park.

Enobakhare has played four times for Wolves first team this term in all competitions, scoring his first professional goal against Barnet in the League Cup back in August.

He has been inactive since October 30 when he featured for the Wolves U21 side against Blackburn Rovers.