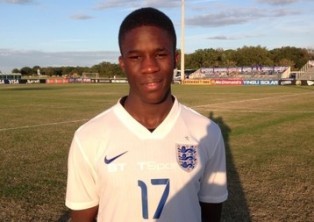 England youth international Ike Ugbo struck twice as Chelsea romped to a 5 - 0 win over Leicester City in the Barclays Under-18 Premier League on Saturday afternoon at Cobham.

The 17 - year - old broke the deadlock when he tapped in  Maddox’s cross beyond Bramley for his tenth goal of the season.

Ike Ugbo doubled Chelsea’s lead with another close range effort after he was fed by Dasilva.

The Londoners were three goals up before the half - time interval, and in the second half Mount and Watefield were on target to record a routine win.

Next Saturday, Chelsea who top the table will host West Ham United.