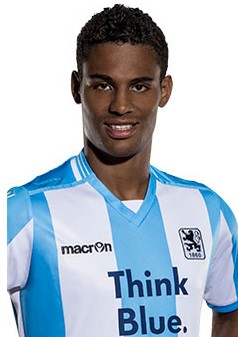 Austria international Rubin Okotie was on the mark three times in the second half as 1860 Munich shared the spoils with Paderborn in a thriller which ended four goals apiece at the Benteler-Arena.

1860 Munich were trailing the home team 3 - 1 as at the 60th minute before Okotie reduced the deficit in the 62nd minute, then leveled things 11 minutes later.

On 88 minutes, the Austrian - Nigerian thought he had given The Lions a dramatic win, only for Proschwitz to restore parity two minutes later.

Okotie has now scored 4 goals in his last 2 matches and 5 goals in total since the start of this season, having registered his name on the scoresheet against St Pauli (November 21) and RB Leipzig ( September 27).

The result on Saturday means 1860 Munich remain among the relegation candidates at this stage, having picked only 14 points from 16 games.