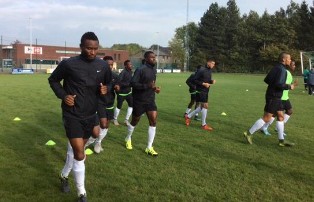 Nigeria international John Obi Mikel has made the 18 - man squad for Chelsea’s Premier League tie against Tottenham Hotspur at White Hart Lane, but will start on the bench.

The defensive midfielder has not made the Blues starting XI since he took to the field in the champions 3-1 loss to Liverpool at Stamford Bridge on October 31.

As for Tottenham Hotspur, Dele Alli misses out through suspension after he was booked last Sunday against West Ham, his fourth yellow - card of the season.

The absence of the England star has opened up a place in the squad for Josh Onomah, who starts on the bench for the sixth time this season.