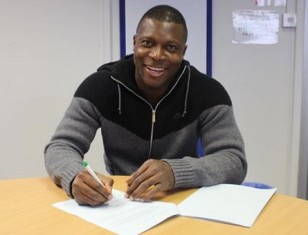 In third round tie staged at the Yusuf Ziya öniş Stadyumu (İstanbul), Yakubu opened scoring in the 13th minute, grabbed his brace in the 21st minute before netting his third goal from the penalty spot 17 minutes from time.

Bakis, Diego Lopes, özbek and Yavru were the other scorers for Kayserispor, while Bayülken and  Kurtuldu replied for Sariyer.

Yakubu Aiyegbeni was yet to open his account for the Anatolian Star after nine matches in all competitions, including 8 in the Super Lig prior to the fixture against Sariyer.

The 33 - year - old previously played for teams in Israel, England, China and Qatar prior to his move to Turkey.