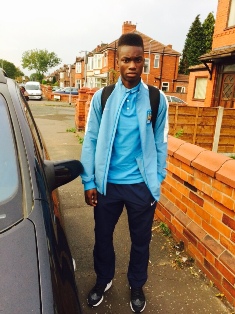 Ashinme Kigbu was an unused substitute as Manchester City rounded off their UEFA Youth League Group D fixtures with a 1 - 1 draw against Borussia Mönchengladbach at the Academy Stadium on Tuesday afternoon.

The 16 - year - old defender would have made his first appearance in the competition if he was given a run - out against the German opposition.

England youth international Tosin Adarabioyo, 18, trained with the first team on Monday and could be named in the roster for their Champions League clash against the Bundesliga side at the Etihad tonight.

He was in the 18 - man squad for the tie against Juventus on November 25 but failed to come off the bench.

City finished top of Group D in the UEFA Youth League with 11 points.