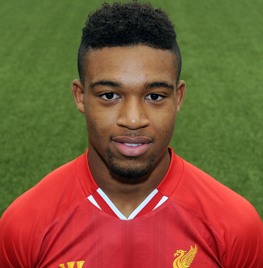 England youth international Jordon Ibe was delighted to get on the score sheet in Liverpool’s 1 - 0 victory over Stoke City in the semifinal first leg of the Capital One Cup on Tuesday night.

The winger, who replaced Philippe Coutinho in the 18th minute, found the net 20 minutes later and had to do a lot of defending after netting what turned out to be the game - winner.

“I’m delighted to get a goal but overall I’m just happy with the team getting the result in such a big game, ” Ibe said to liverpoolfc.com.

“It seems as if we’re so close so we just need to finish it off at Anfield and hopefully our dreams can come true at Wembley.

“It was very difficult, especially for me, there was a lot of defending asked of me. But I’m just glad we ground it out until the 90th minute.”

Ibe has accumulated 227 minutes of game time in the Capital One Cup and his goal against the Potters was his second of the competition, having hit target in the penultimate round against Southampton.