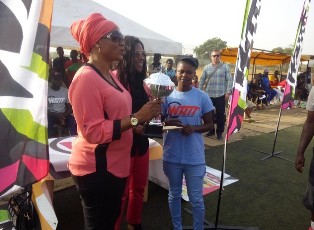 The final round of matches of the 2015/2016 FCT Super League enters its final round today.

The League which started in November last year had 57 teams drawn from the six Area Councils of the Capital City. Over 205 matches have been played so far, spanning into four stages.

At the end of the last round, four team emerged to compete for honours in the Super Four stage.

The teams are Ejiwumi FC of Gwagwalada, Belema FC of Wuse, J-One FC of Gwarimpa, and FC Porto of Zuba. In the first match to be played at the Area 3 Playing Pitch, Ejiwumi FC will lock horns with Belema FC, while the second match would be between FC Porto and J-One Academy.

On Wednesday, J-One Academy will settle scores with Ejiwumi FC while FC Porto will engage Belema.

The last and final matches of the League will be on Friday 12th February when Belema FC will battle J-one Academy, while Ejiwumi FC will play FC Porto.

According to the Chairman of FCT FA Organizing Committee Patrick Ngwaogu, on the final day, trophies and other prizes will be given out to deserving players and teams.

He was full of praises to all the teams that participated in the League saying that it took only a high level of transparency and discipline to play as much as 205 matches without any protest and crisis whatsoever.