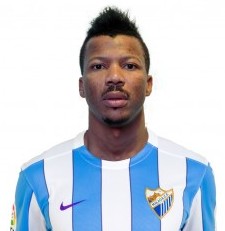 Ikechukwu Uche is in the frame to make his competitive debut for Malaga in their La Liga clash against his former team Villarreal on Saturday.

Since he completed his move to Los Boquerones on deadline day, the experienced striker is yet to suit up for the club but that could end this evening at the Camp El Madrigal, with manager Javi Gracia naming him to the 18-man squad.

Uche spent four productive years at Villarreal and was credited with 34 goals in 85 appearances before he left the club in the summer of 2015 to sign a three-year contract with Tigres UANL.