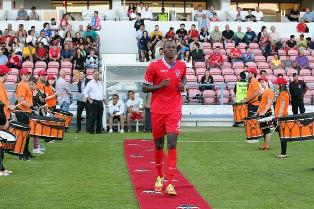 The former Enugu Rangers and Warri Wolves star has now entered double-digits goal tally since transferring to Europe in January 2014, with five of those strikes coming in the colours of CA Bastia.

The attacking midfielder gave Yeni Malatyaspor a two-goal lead two minutes out of intermission before grabbing his second goal in the 67th minute.

Nwankwo has netted 11 goals ( 3 assists) in total in the Portuguese Ledman Liga Pro in the ongoing season.