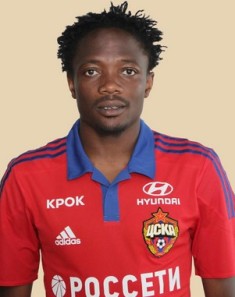 Ahead of CSKA Moscow’s big game in the Russian Premier League on Sunday against Zenit St. Petersburg, Ahmed Musa did not participate in full training on Friday.

The Super Eagles star and teammate Aaron Samuel both returned to the Russian capital on Thursday after international duty.

And due to the long flight and considering that he was in action in both games versus Egypt, coach of the Army Men, Leonid Slutsky, decided he will work in the gym instead of joining the workout.

This season, Musa has appeared in every single game contested by the Muscovites in the top-flight.