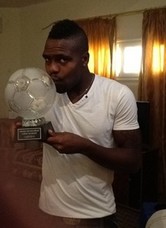 FC Ifeanyi Ubah will be looking to return to wining ways when they clash with Niger Tornadoes on Sunday at the Ifeanyi Ubah International Stadium Nnewi.

The Anaedo Warriors will be coming out to put a smile on the faces of their fans after failing to pick up maximum points against MFM last Wednesday.

Speaking on behalf of the team, Chibuzor Okonkwo, said that the players were disappointed with their performance but will come all out to get a win on Sunday.

“I feel so disappointed, so too are the other players, but its one of those things in football, sometimes you win some, draw some, or lose.

“We will come out on Sunday to win and pick it up from there”.

FC Ifeanyi Ubah are 9th on the log having won only one of their last for games, but Okonkwo still believes that the team can still in the top three, which will secure them a continental ticket.

However, Chibuzor called on the fans not to relent on their support towards the team.

“Our message to the fans is to continue to support us, don’t lose hope, we can still make it to the continent. There is still enough time .”

Kickoff for  the game on Sunday is 4pm.