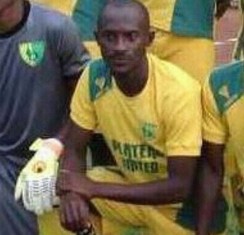 The management of Nigeria National League outfit, Mighty Jets FC of Jos is mourning with hometown rivals Plateau United on the sudden death of their ace midfielder, Shehu Simon Sabole on Sunday in an auto crash in Kaduna.

In a statement released by the Club, the President of the board,Alhaji Ismaila Mabo, the Chairman, Godfrey Hamza, management members, officials and players wished the deceased an external life in the great beyond as well as the family the fortitude to bear the loss.

The statement also said Mighty Jets family besides mourning with their brothers and sisters at Plateau United also wished them well in the current campaign of the Nigeria Professional Football League, NPFL, where the Simon Bako Lalong boys have gone seven games unbeaten.

Shehu Sabole had died in an accident while travelling in his personal car, a Ford Explorer SUV from Jos to Kaduna to prepare ahead of his wedding which was slated for Saturday, 28 May.

He would be buried today and a Plateau United delegation led by the General Manager of the Side, Pius Henwan will be at the funeral.