...the complete Nigerian football portal
Subscribe
Igbinovia, Five Others Get Player Of The Month Award Nomination
Published: May 31, 2016 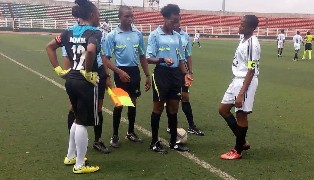 Igbinovia has been in good form and chalked up two assists in two appearances, while also finding the net in the win over COD Ladies.

Sule has benefitted from such services, scoring two times in two games, and joins her team-mate on the shortlist.

Amarachi Orjinma provides sturdy competition, having twice found the back of the net in games against Martins White Doves and Sunshine Queens.

Making up the list are Rivers Angels skipper Charity John and enterprising Osun Babes star Anthony Esther, with the winner set to be announced on June 6th 2016.