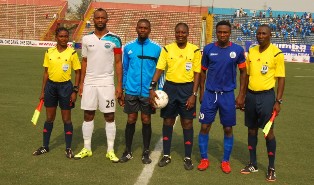 United have surprised many with their impressive form this season and currently sit in second place on the standings following a 1-0 in over Lobi Stars in their last NPFL game on Sunday.

“The game is a big one as Enyimba is a direct rival this season.

“Playing in Umuahia can be likened to playing at a neutral venue (Enyimba traditionally play their home games in Aba).

“My only problem with playing in Umuahia is the pitch (at the Umuahia Township Stadium).

“There is nothing anyone can do now though so the only option open to us is to work hard and see that we come back to Port Harcourt with some points,” Eguma told Rivers United Media.

Rivers United stunned Enyimba 1-0 in the reverse fixture in Port Harcourt on February 21.