...the complete Nigerian football portal
Subscribe
NFF Says It Is Not Going To Be Business As Usual For Erring Referees
Published: June 27, 2016 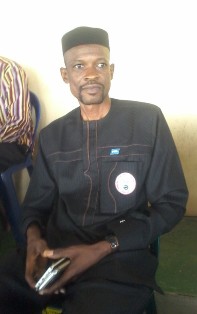 The Nigeria Football Federation, NFF, have said there will be no more room for complacency from referees operating in all the lower leagues of Nigerian football.

Executive Board Member of the body, Ahmed Yusuf, also known as  “Fresh” , who is also the body’s Chairman of the Referees Appointment Committee made this known in an exclusive interview with allnigeriasoccer.com in Jos immediately after the match-day 24 tie of the Nigeria Professional Football League, NPFL, between Plateau United and Wikki Tourists at the Rwang Pam Stadium.

“The referees Committee of the Nigeria Football Federation is doing everything possible to ensure that all the four leagues, not only the Nigeria Professional Football League are assessed and properly monitored.

“The introduction of match assessors you would agree has improved the officiating tremendously at the NPFL and when I met with my Committee members we now agreed we must introduce match assessors as well in the lower leagues,” Fresh said.

The Niger State Football Association Chairman added by saying the NFF had to start with the Nigeria National League and that is why the officiating at NNL games this season improved so far, with teams picking away victories.

“The NFF are aware of the gross misbehaviour of certain referees and that has to stop he, ” concluded.

The NFF has increased referees emoluments by almost a hundred percent and are also on the verge of introducing referees Awards for NNL and Nationwide leagues as a measure of encouragement for all referees in the lower leagues.

Only recently Alaba Abiodun who suddenly became a specialist for getting into controversies was retired from officiating in Nigerian football at competitive level.

He had to incur the Federation’s sledge hammer following his controversial handling of the league game between Mountain of Fire and Miracles Ministries FC and Shooting Stars Sports Club at the Agege Stadium in Lagos last week.

Alaba had also been suspended severally before this Season. Another referee, Sylvester Okobi, was retired earlier for gross
misbehaviour and taking sides in the course of discharging his duties.

Meanwhile, several referees have faced varied levels of suspensions particularly in the NPFL either by the League Management Company, LMC or the NFF in the last two years.