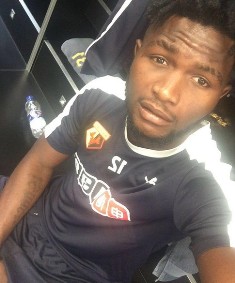 Watford record signing Isaac Success has been cleared to play in the English Premier League after the Home Office issued the Nigeria youth international a work permit, allnigeriasoccer.com can exclusively report.

The attacker’s application was granted by the United Kingdom authorities on the 13th of July, but he picked up the document on Tuesday, July 26.

It was a foregone conclusion that Isaac Success will be granted a work visa though he is yet to make his debut for the senior national team of Nigeria.

Based on the new point-based system, the transfer fee the Hornets paid to secure his signature was high and it has been claimed that he is one of the best paid players at the Vic plus he last represented a Spanish topflight team.

Success is in line to make his competitive debut for Watford when they take on Southampton in the Premier League on August 13.