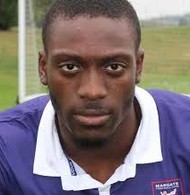 Freddie Ladapo netted his first goal for Crystal Palace in their hard fought 3-2 win over AFC Wimbledon in a pre-season friendly on Wednesday.

The former Flying Eagles invitee was playing in the sixth-tier of English football at the start of last season before he was acquired by the Eagles on a two-and-a-half year deal in March.

The 23-year-old Ladapo was introduced in the 48th minute, before putting his team 3-1 up in the 76th minute, guiding a Wynter cross home with his head.

The Romford-bron frontman has not yet made his competitive debut for Crystal Palace but could break into the first team in the forthcoming season, going by his form in pre-season.