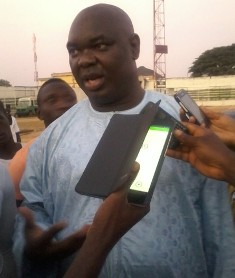 Giwa FC of Jos have appointed Tony Ogharanduku as their new Technical Chief and the manager has been asked to resume with immediate effect.

In a statement released by the Media Officer of the club, David King, the club said it was confident in the ability of the Coach to deliver owing to his experience and strong level of education.

It will be recalled that only recently, Giwa FC were reinstated to the Nigeria Professional Football League, NPFL, by the League Management Company, LMC, obeying an injunction by a Plateau State High Court.

The Court also ordered that the club be allowed to play all her outstanding games.