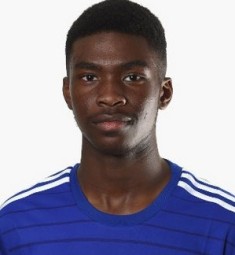 Per team news, Tomori was named in the starting line-up, teammate Ike Ugbo started on the bench while Nigeria U23 international Nathan Oduwa was left out of the White Hart Lane outfit’s squad for this one.

The England U20 international made it 3-0 in the 71st minute, placing a low shot into the far corner after receiving Mount’s cutback.

Ugbo, who came on at half time, had an opportunity to increase the lead but his effort was saved by goalkeeper Tom Glover.

Chelsea first-team coach, Antonio Conte, was among the spectators at Stamford Bridge.