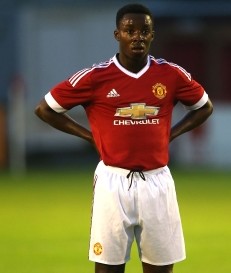 Nigerian midfielder Tosin Kehinde was missing from the Manchester United U23s team that were held to a 1-1 draw by neighbors Manchester City at the Etihad Stadium on Friday night.

As well as the opening-day win versus Leicester City, the 18-year-old featured against Southampton and Chelsea, and it will be the first time that he has not played for the Red Devils in the new season.

Willock opened the scoring for the visitors in the 25th minute but City leveled in the 63rd minute through Brahim Diaz.

England youth internationals Tosin Adarabioyo and Ashinme Kigbu were not on parade at M11 3FF.