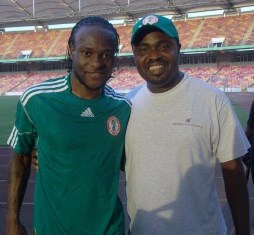 Victor Moses has reacted to Chelsea’s entertaining 2-2 draw against Swansea City in the Premier League, stating that he felt bad that his team did not secure three points.

The Blues started the new season winning three games on the spin but lost their one hundred percent record at the Liberty Stadium on Sunday evening, and Diego Costa had to dig Antonio Conte’s team out of a hole when he equalized with nine minutes remaining.

“Disappointed not to get the three points but the boys showed great character to come back from behind and get the point #CFC, ” Moses tweeted following the game.

On four occasions in the new season, the winger has come off the bench and scored against Burnley before the international break.

Chelsea, who sit second on the table with ten points, are one of four teams yet to be defeated in the English top flight.