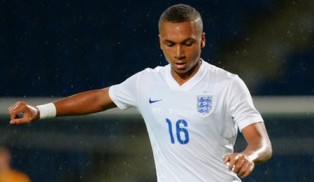 Young Nigerian winger Layton Ndukwu made his debut in the UEFA Youth League as Leicester City were beaten 2-1 by Club Brugge on Tuesday in their first-ever appearance in the competition.

The 18-year-old was selected in the starting XI at the Schiervelde Stadium and went the distance, during which time he showed flashes of his potential.

Ndukwu had two chances to equalize for the Foxes in the second half, first failing to connect a cross before his effort went wide on the hour mark.

An England youth international, the teenager has not made his first-team debut for Leicester City since joining the club, and has played all the games contested by the U23 squad in Premier League 2 this term.

Defender Calvin Ughelumba was a non-playing substitute against the Belgian opponents.