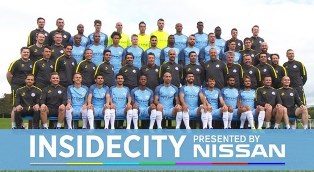 Premier League club Manchester City have more or less confirmed that Nigerian defender Tosin Adarabioyo has been promoted to their first team for the 2016-2017 campaign.

The Citizens posted on their official social media accounts the team photo , with the tall central defender and Kelechi Iheanacho, as you would expect, making the cut.

Manchester-born Adarabioyo joined City at the age of five and progressed through the ranks before he was handed his first team debut in an Emirates FA Cup clash against Chelsea on February 21, 2016.