Olomola Scores Another Brace For Southampton U23 In Draw Against Leicester 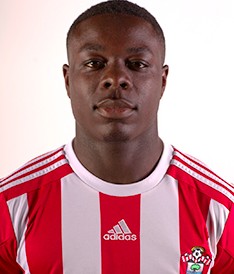 Southampton U23s drew 2-2 with Leicester City in Premier League 2 at Staplewood on Monday, with Nigerian striker Olufela Olomola bagging a brace for the Saints.

Olomola put Southampton in front in the eighth minute when he headed home Tyreke Johnson’s cross, but the Foxes restored parity just before the interval.

Shortly after the restart, the Nigerian would have restored his team’s lead, only to be denied by the goalkeeper and his drive in the 65th minute was saved again by Max Bramley.

On 85 minutes, Olomola grabbed his second goal of the evening, poking home an inviting cross from a teammate to take his tally in the league to four goals from five matches.

The Arsenal product lasted the distance while England youth international of Nigerian descent Layton Ndukwu was on the bench for Leicester City.