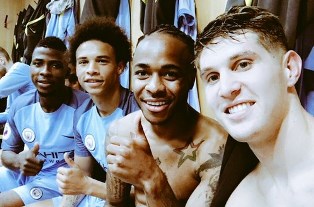 Catch up on the performances of players of Nigerian descent on match day six in the English Premier League on Saturday, September 24.

Everton lost their first game of the season, losing 1-0 to Bournemouth at the Vitality Stadium, with England international Ross Barkley putting in a ninety-minute shift for the Toffees. His header missed target in the 55th minute.

England U21 international Jordon Ibe started and played 71 minutes of the contest for the home team.

Tottenham Hotspur continued their unbeaten run thanks to their 2-1 win at Middlesbrough. Spurs number 20 Dele Alli put in a full shift and teammate Josh Onomah was not selected.

Over to the Stadium of Light, Victor Anichebe made his competitive debut for Sunderland who went from 2-0 up to lose 3-2 to Crystal Palace. The Nigeria international hopped off the bench in the 86th minute .

Teammates Joel Asoro and Joshua Maja were not involved for the Black Cats.

Manchester City maintained their one hundred percent record under manager Guardiola with a 3-1 victory over Swansea City at the Liberty Stadium. Kelechi Iheanacho was a non-playing substitute.

In the early kickoff, Ahmed Musa was not in Leicester City’s squad that lost 4-1 to Manchester United.