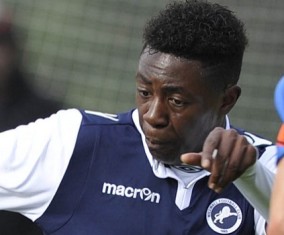 Charlton Athletic U23s continued their impressive start to the season with a 2-1 victory over Queens Park Rangers in the Professional Development League at the Valley on Monday afternoon.

Though Joe Aribo was not in action for the Addicks, there was still Nigerian interest in the game with Ebere Eze starting for QPR, and he eventually played the full game.

On 28 minutes, Eze equalized for the visitors when he picked up a loose ball before volleying past goalkeeper Phillips, and would have put his team 2-1 up in the 58th minute but saw his free-kick go wide.

The attacking midfielder penned a one-year contract with Queens Park Rangers in the summer after he was declared surplus to requirement by Millwall at the end of last season.

Ebere Eze has developed at QPR and will be hoping to follow in the footsteps of Olamide Shodipo by playing for the first team of the London club.