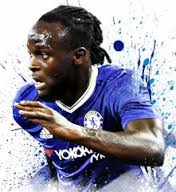 It’s no secret that Chelsea are in the market for defenders. John Terry is nearing retirement, David Luiz is unreliable, Kurt Zouma is still recovering from a serious injury and Marcos Alonso is the only natural senior left-back in the squad.

Over recent months, a whole host of defenders have been linked with moves to Stamford Bridge - from Leonardo Bonucci to Jamaal Lascelles.

The right-back, or more recently, right-wing back position had looked like another area of concern for Antonio Conte, with Branislav Ivanovic looking like a shell of his former self.

However, Victor Moses has been deputising in that position in recent weeks and to everyone’s surprise, he’s looked rather comfortable.

Four years after earning a move to Stamford Bridge – enduring several difficult loan moves during the intervening years – it seems the 25 year old Nigerian has finally made a home for himself at Chelsea.

There is so much competition for attacking midfield places, so this recent transition into a right wing-back could be just the move to reignite Moses’ career.

If you look around the other current Premier League squads, you find players like Danny Rose and Antonio Valencia, who have successfully made the switch from flying winger into Premier League full-back.

Victor has all the attributes you need to be a top quality wing-back; he’s strong, direct and full of stamina.

He’s very effective going forward, his passing and crossing skills are good and his defensive work will only improve with experience.

Attitude is incredibly important when making such a transition and Moses has continually displayed great determination and positivity throughout his career.

In a recent interview with the Evening Standard, former Chelsea player Pat Nevin spoke at length about how impressed he has been with Moses so far this season.

“Considering how hard it has been for him to break into the Chelsea team, or indeed even stay at the club, you understand his current desire…He has the air of a man who has been given a chance he never thought he would get, and by God he isn’t going to let it go.”

You have to give Moses enormous credit. He could have looked for football elsewhere during the summer, but he decided to stay at Chelsea and fight for a first team place.

An opportunity arose and the Nigerian has grabbed the chance with both hands, showing Conte what a versatile and important player he can be for Chelsea Football Club.