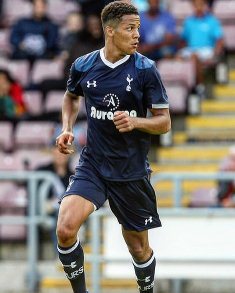 William Troost-Ekong has been named in the 2016 Tippeligaen Team of the Year on the back of his imperious displays for FK Haugesund over the course of the just concluded season.

In a 4-4-2 formation. Troost-Ekong starts in defense alongside Meling, Acosta and Svensson, while former Nigeria U23 trainee Fred Friday leads the frontline with Rosenborg star Christian Gytkjær.

Friday, 21, exploded for Lillestrom at the start of the season, scoring 8 goals and providing one assist, before transferring to Dutch club AZ Alkmaar in July.

Troost-Ekong impressed in his 28 domestic appearances in all competitions and scored four goals from his defensive position.