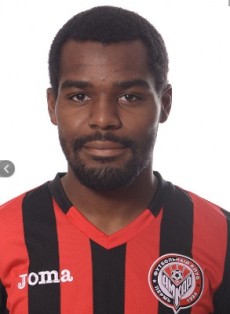 The 24-year-old was one of three Nigerian players that was handed game time at Stadion Zvezda, the others being Super Eagles midfielder Fegor Ogude and former Norway youth international Chuma Anene.

An own goal by å½uniä† gave Amkar Perm the lead after 21 minutes, before Idowu doubled the advantage ten minutes before the interval.

Prior to today’s meeting, the defender had managed only one goal in a league game while wearing the jersey of Dinamo St. Petersburg against Torpedo Moscow back in the 2013-2014 season in the Football National League.

Brian Idowu was born in St Petersburg to a Nigerian father and mother, who hails from Imo State.