...the complete Nigerian football portal
Subscribe
Enobakhare Scores As Wolves Grab Spot In Next Round Of EFL Trophy
Published: December 05, 2016 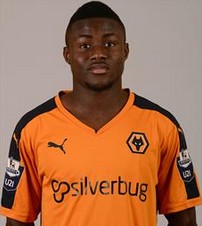 Wolverhampton Wanderers have progressed to the third round of the Checkatrade Trophy after beating Sunderland 4-3 in a shootout on Monday night at Molineux.

Bright Enobakhare was named in Wolves starting XI, while Josh Maja and Joel Asoro, a Sweden youth international, started for the visitors.

The Wolves number 26 opened scoring after 13 minutes when he rounded Sunderland goalkeeper Vito Mannone, but the lead lasted only four minutes with Thomas Beadling equalizing with a shot from distance.

The two teams could not be separated at the end of regulation time, so the match had to decided by penalty shootout.