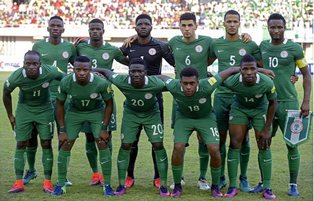 Liverpool defender Joel Matip has refused to return to the Cameroonian national tam ahead of the African Cup of Nations and 2018 World Cup qualifiers against Nigeria.

Cameroon coach Hugo Broos had contacted the Reds star to change his decision not to play for the Indomitable Lions but he decided against it, opting to remain with Liverpool during the African Cup of Nations.

German-born Matip has not defended the colours of Cameroon since 2015 after criticizing the Cameroonian Federation and he was expelled from the team.

The 25-year-old has twenty seven international caps for the Indomitable Lions and has scored one goal.

Cameroon will face Zimbabwe in an international friendly at Omnisports Ahmadou Ahidjo stadium in Yaoundé on January 10.