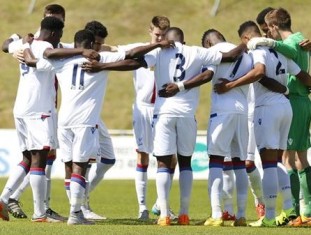 Crystal Palace crashed out of the FA Youth Cup in the third round following a 5-4 loss on penalties to Liverpool on Saturday afternoon.

The versatile young Nigerian defender Tariq Ossai was named in the starting lineup of the Eagles, and saw his penalty saved in the shootout after both teams could not be separated at the end of both regulation and extra time.

Curtis Jones and Toni Gomes were on target for the Reds, while Levi Lumeka and Kian Flanagan netted for the London team.

Ossai is a defensive all-rounder who can play different roles in defense including right fullback, left fullback and center back.

Liverpool, who have in their ranks Nigerian-born winger Bobby Adekanye, face Manchester City in the fourth round.