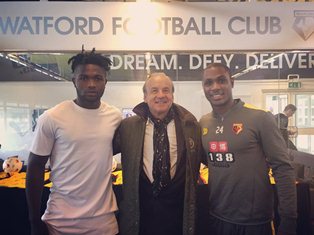 Isaac Success has hindered his opportunity to hit the ground running after picking up an injury ahead of Watford’s Premier League tie at the Vic against Crystal Palace on Monday, December 26.

The Hornets have confirmed via official sources that their number ten missed out as a precaution with a slight hamstring strain.

A representative of Isaac Success has informed allnigeriasoccer.com that the former Granada wonderkid sustained a “small injury” .

In the last ten Premier League matches contested by Watford, the Nigerian has had only 64 minutes of game time.