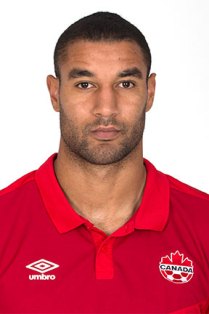 Tesho Akindele has been named among the top ten Canadian footballers plying their trade in Major League Soccer for 2016.

In the just concluded season, the 24-year-old was an indispensable member of the FC Dallas squad, scoring 7 goals from 33 appearances in the American top-flight, including the playoffs.

MLSSoccer.com writes : “Playing down in Texas may have left the 24-year-old out of sight and out of mind for fans up north.

“But the third-year attacker had yet another solid year for FC Dallas, making 31 league appearances (with six goals and four assists) for the Supporters’ Shield winners.”

Another player of Nigerian descent, Vancouver Whitecaps defender Sam Adekugbe, was not considered as he is spending the whole of the season on loan at Brighton & Hove Albion in England.