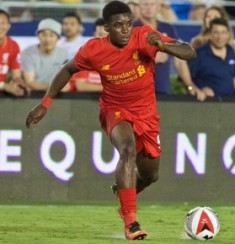 England youth international Sheyi Ojo is making quick progress in his bid to return to match fitness before rejoining the first team of Liverpool in the second half of the 2016-2017 season.

The winger was on target as The Reds U23 team played out an entertaining 4-4 draw versus Wigan Athletic in a scrimmage on Friday afternoon at Kirkby.

Ojo broke the deadlock early in the first half to take his tally to three goals in his last four appearances for the U23s.

He had to be replaced in the second half after a kick to his shin, according to the official website of Liverpool.