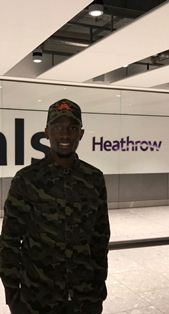 Allnigeriasoccer.com can confirm that Leicester City new signing Wilfred Ndidi has been granted a work permit by the Home Office, shortly after his arrival in the United Kingdom.

Therefore, he is in the frame to make his competitive debut for the Foxes on Saturday when they take on Everton in the third round of the Emirates FA Cup at Goodison Park.

The Nigeria international is not lacking match fitness, with 34 appearances in all competitions for past club Racing Genk in the first half of the season.

The 20-year-old Wilfred Ndidi was heavily linked with a transfer to Manchester United before he agreed to join the Foxes on a five-and-a-half year deal.