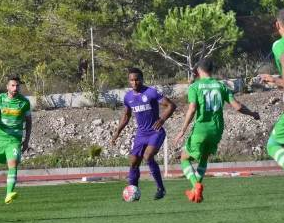 John Obi Mikel has showered praise on Tianjin Teda coach Jaime Pacheco, and the Nigeria captain reckons that the Portuguese is as good as Manchester United manager Jose Mourinho.

While at Chelsea, the Super Eagle was also trained by Luiz Felipe Scolari, Guus Hiddink, André Villas-Boas, Rafael Benítez and Antonio Conte, and the holding midfielder believes Pacheco is at the same level with the world class coaches.

“I do not think there’s a lot of difference in the level of coaches now, and I think Pacheco is a high-level coach and he was a very good player, ” said Mikel, according to Netease Sports.

“Training is done very well, with a very high level.”

Mikel netted his maiden goal for Tianjin Teda in their 6-2 loss to St Pauli in a pre-season friendly on Saturday, he headed home a free-kick in the 35th minute.